A peaceful internet society starts at the tip of our fingers.

In an effort to counter-balance the negative comments, Dr. Min gave a homework assignment to his students at Chungang University in Seoul. Each of the 570 students in his classes were tasked with posting one positive comment on the websites of ten different celebrities where hateful comments were being posted. This resulted in over 5,700 positive comments being posted on the internet.

The Chosun newspaper in Seoul learned of Dr. Min’s assignment and published an article highlighting the student’s efforts. The article recognized the proactive response to the negative state of the internet. The Chosun article was followed by editorials recognizing the potential of positive comments.

In response to the encouragement he received, Dr. Min launched the Sunfull Movement on May 23, 2007, with the support of movie actor Ahn Seong-kee, TV star Yoo Dong-geun, and comedian Kim Je-dong, to promote civility in cyber-space through the posting of positive comments. 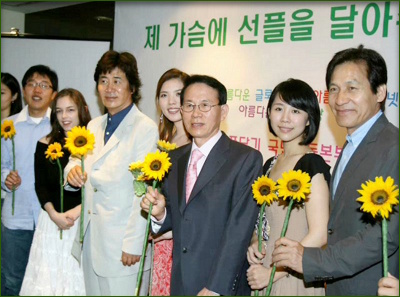 Founding ceremony for the Sunfull Movement, May 23, 2007 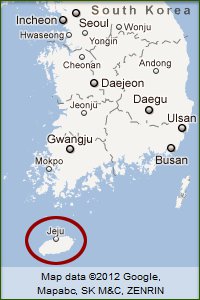 On June 4, 2008, the Jeju Joong-ang Middle School was the first school to become involved in the Sunfull Movement. The school’s Parent Teacher Association (PTA) sponsored a ceremony with 1,500 students, along with their teachers and parents to declare the school’s participation in the Sunfull program. After the ceremony, students posted positive comments for their parents, teachers, and classmates on the school’s website as well as the Sunfull website. The students also started posting positive messages on websites that were beset with malicious comments.

Following the Joon-ang Middle School, 25 other schools around Korea joined the Sunfull Movement. During that period, Dr. Min worked with the Jeju Provincial Office of Education to expand the Sunfull program to other schools within Jeju Province, and for students to be credited with community service hours for time they spent writing and posting positive comments. On October 23, 2008, representatives from all 181 elementary, middle and high schools in Jeju Province gathered together in a ceremony at the Jeju Students Cultural Center to declare their participation in the Sunfull Movement.

Meaning of the Sunfull Name

Sunfull’s name comes from the idea of posting positive messages. Sunfull is a combination of the Korean word ‘선’, which is pronounced “sun’ and is derived from the Chinese character ‘善’, meaning “good,’ and ‘플’, which is pronounced “pull’ (similar to “full’) and translates to “reply’ in English. This matches with the English for “positive comment’ and can also be understood as “full of sunshine.’